The Funk That Crept Up

My head was pounding …thump..thump….I was sitting there in a brown leather chair, head hung low, make-up-less, head  thump, thump, thumping, with a headache the size of Texas. I was drained, tired, and I didn’t care about much. I’m pretty sure I had run out of tears. My absolute fatigue had officially kicked my ass. To say I was in a funk is an understatement.

Something Just Told Me To Go

I had schlepped my butt to the chiropractor after months of putting it off, although not entirely by my doing, as the one I had been seeing, literally packed up and left. Nevertheless,  I was way overdue for an adjustment. Little did I know, it wasn’t just my neck that was going to get the tune-up… I was a hot mess, in a serious funk.   Perpetual head and neck aches weren’t the only thing that was wrong with me. I was crying, a lot. I was yelling at my kids, a lot. I was not caring about too much, a lot. I felt like it was getting to be too much on one hand, but it was somehow getting easier, in a screwed up kind of way, on the other. Because if you don’t expect much from yourself, you don’t have to work hard and as a result, you don’t disappoint yourself.

I Felt the Shift

Then the chiropractor walked in and we politely introduced ourselves. He asked me the usual “Have you seen a chiropractor before?” (Yes, for 17 years). “Why are you changing doctors?” (Mine beat feet) and “How did you hear about my services?” (My mom and dad…stammer, stammer, ahh my dad is deceased, but they (he used to), stammer… (God, I can’t believe he’s gone!) come to you) “Who are you parents?” (Umm, I squeak out their names) and he says “No shit , I loved your dad, hell of a guy!”

And that was it, my shift had begun. “Why the hell (his exact words) are you letting yourself go to shit like this?”. Now I am just looking at him, completely in shock, because I KNOW LIKE I KNOW, there are no coincidences and I know that God (and my Pop) are working through this guy. I have no doubt, but because inspiration often comes unannounced, I’m just looking at him, shaking my head. I’m literally stunned. I start crying and just stand there, soaking it all in.

Turns Out He is Also a Coach, as in Life Coach

So I am just listening to him and he says, somewhat nonchalantly that he’s also a coach and asking if this is how my dad would want me to be (hell, no!) and completely and utterly giving me the best kick-in-the-ass I have ever had. 45 minutes later, I left his office, and it was like the curtains had been opened up on a really dark day. I felt lighter, more hopeful, and more like my old self, the self that was present before my dad died. The Denuelle that I have spent years growing into, the best version of me, the lets-move- mountains-together, coach. Me.

This is the Deal

It wasn’t just my dad dying that left me in a really vulnerable space. It was also the fact that I had so many changes and big stuff, in the 2 years prior to his death….4th baby born, sold old house, built new house (and lived in temporary house in between), and my father was really ill for months before he passed. Oh, yeah and I finished and published my first book.  Wow, talk about some stuff, talk about vulnerability. We are all human and looking back, I can see the warning signs I missed, such as the big huge pile-up factor (if I didn’t make it clear, go back 4 sentences)  two years in the making. And I can also see what I neglected that left me in such a vulnerable place (less and less exercise, more pick-as-I-go food and most recently, I was holding in my sadness & anger over loosing my dad.) But, as I said, funks can creep up on you….and mine did. This was the funk that crept up. Slowly, bit by bit.

Getting My Lightning Rods Back

The day I went to the new chiropractor, was a turning point for me. I believe that God sends angels when we need them. My dad was present that day, through him. It was the inspiration I needed.He gave me a physical, emotional, and ultimately spiritual tune up. He reminded me of my life and not only what it stands for, but also, the gifts I have in the form of my coaching. Since that day, I have consistently gotten my lightning rods (energy hubs) back up and running.

How to Avoid Falling Again

I wish I could say I will never fall into a funky place like that again. But, truth be told, I live hard. I push myself, dream big, take chances, and rarely give up. Good stuff, yes, but also the perfect recipe for one to take on too much, and crash if you’re not careful. So here are some tips I have given myself, that I also offer to you.

Fallen in a funk? Crawled your way out? Please feel free to share… 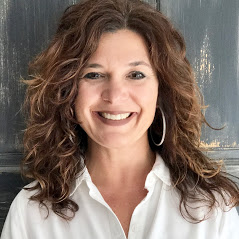 Denuelle Meyer is dually certified as both a Life Coach and as a Life Purpose and Career Coach. She specializes in helping women discover and connect to what truly makes them happy. Through her private Life Coaching practice she is passionate about supporting, empowering, and challenging women to reach their goals.......

READ MORE ABOUT ME